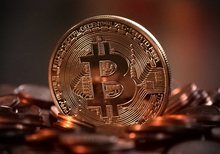 When it comes to boxed video games, the big legacy franchises continued to reign supreme in 2020, according to a new industry report that crowned FIFA 21 European Champion.

GfK Entertainment (via GamesIndustry.biz) reckons the EA Sports football sim was the best selling physical title across 16 of the 19 European countries probed in its report. It&#8217;s the fourth year in a row the franchise has claimed the honour, despite some rather modest updates in recent times.