Winners and Losers: Samsung owns the MacBook while 5G conspiracy theorists get duped 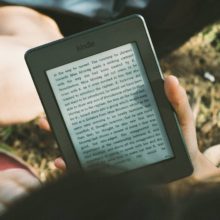 It has been seven days since our last Winners and Losers column which means its once again time for the team at Trusted Towers to pick the best and worst new tech to hit the scene this week.

It’s been a doozy of a week with more surprise announcements hitting the headlines than anyone expected. These included everything from a surprise Project Cars unveiling to the latest set of top-notch tellies from Philips finally going on sale.

But as ever, over the last week there have been two very clear winners and losers in the world of tech.

Samsung laptops have never been bad. But in the past they’ve never had the wow factor of Apple MacBooks. This week that well and truly changed with the arrival of Samsung&#8217;s stellar new Galaxy Book S.

Powered by a choice of Qualcomm or Intel CPU chips the laptop is one of the swishest looking we’ve tested in quite some time.

It features one of the best screens you’ll find on a 13-inch laptop, stellar battery life, reliable LTE connectivity and a super sleek design that makes the MacBook Air look a little on the chunky side.

What’s more, it’s one of many new Samsung laptops and Ultrabooks set to arrive in the very near future. If the devices match the standard set by the Galaxy Book S, Samsung may be a surprise contender for 2020’s laptop of the year.

Given that the company announced it was quitting the laptop market in the UK altogether not too long ago this is a surprise turn of events no one expected and a move that earns Samsung a place as this week’s winner.

5G conspiracy theorists have been making all manner of trouble recently. Doing ridiculous things like attacking the phone masts being used by emergency services during a pandemic lockdown.