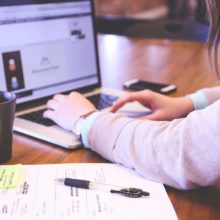 EA announced in 2018 that it planned to remaster the Command &amp; Conquer games for the PC, and now it&#8217;s finally launching the collection.