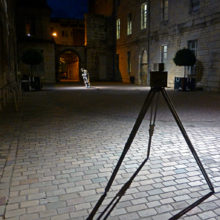 Apple&#8217;s subscription-based news aggregation service Apple News Plus will soon be able to read stories to you.

Hidden within the iOS 13.5.5 beta, currently available to developers, is an Apple News Plus Audio feature, which will dictate a selection of articles.

The new feature was discovered within the new beta by 9to5Mac and will have its own dedicated tab within the News app. The playback menu enables listeners to choose playback speed, rewind 15 seconds or swipe to the next story. Overall, the interface looks a lot like the Apple Podcasts app.