Winners & Losers: Apple gets hit with a triple whammy, while Spotify nabs a key victory 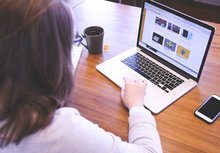 By Jove, it’s been a busy week in the world of tech! Despite the ongoing lockdown, we’ve seen everything from Tesla Cyber Truck inspired smartphones to top-notch new gaming CPUs hit the scene.

But in this cascade of news and launches, there have been two very clear winners and losers in the world of tech, with Apple having been hit with an atypical tirade of bad news and Spotify, for once, scoring a big win over one of its biggest rivals. Winner: Spotify, by nabbing one of Apple Podcasts biggest names

This week Spotify scored a key victory by signing The Joe Rogan Experience onto an exclusive multi-year deal.

This is a huge win for Spotify as, for those out of the know, the show is one of the most popular podcasts in the world, having racked up a reported 190 million downloads a month in 2019 on its former home, Apple Podcasts.

The deal means Apple will lose the show, which will be available for free on Spotify from 1 September.

To make matters worse, the move isn’t the end of Spotify’s podcast growth aspirations. The firm has reportedly been working with numerous other big names, including former US President Obama’s production company.

If it’s successful, this could take a bite out of Apple’s profits, with it currently being one of the biggest players in the podcast market. Loser: Apple, for a variety of reasons

Losing The Joe Rogan Experience was one of three big blows for Apple this week. On top of losing the show, it saw serious attacks on its reputation as a “secure” tech company, and negative industry rumblings about its fabled iPhone 12 hit the headlines.

The primary occurred when Apple whistleblower Thomas le Bonniec re-emerged to mount a fresh attack on the firm’s security practices. Specifically, he sent a letter to Europe’s data protection regulators attacking them for what he described as “a lack of action” against the company.

For those out of the know, Bonniec is a former Apple contractor who helped blow the whistle on the firm’s use of users’ Siri recordings. The news could spell trouble for Apple if the agencies, and customers, start listening as the firm has constantly marketed its “focus” on privacy as a key differentiator and selling point for its products.

If that happens, security won’t be the only thing potentially putting off buyers when the iPhone 12 arrives later this year if industry rumblings are to be believed. Specifically, reports broke that supply issues mean that the currently unconfirmed handset may initially ship without any headphones in the box.

We’ve never been fans of the cabled Earpods, which haven’t aged well, but not including any form of headphone with a phone that’ll likely cost in-excess of £600 feels a little naughty.

The post Winners &amp; Losers: Apple gets hit with a triple whammy, while Spotify nabs a key victory appeared first on Trusted Reviews.