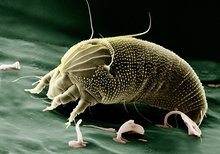 BBC documentaries are, quite rightly, a massive source of pride for Brits. Without going all flag wavy and Rule Britannia on you, some might say they&#8217;re the envy of the world.