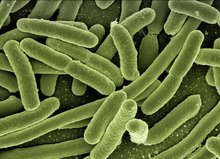 Google absolutely loves a rebrand to confuse people about its various offerings and it looks like yet another is on the way.

According to a 9to5Google report, the company is thinking of ditching the Android TV branding in favour of, you guessed it, Google TV.

While it&#8217;s far from big news, it would be a continuation of an overall pattern in removing Android branding from various services and platforms. Android Wear is now WearOS, Android Pay became Google Pay and it seems like eons ago that the Android Marketplace became the Google Play Store.

But why now, with Android TV pretty well established in the smart TV world?