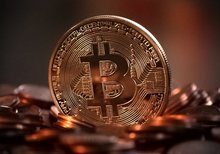 It’s been another strange week in tech. The release of the iPhone SE 2 gave Apple fans something new to gawp at last week, but now we’re reminded once again of the inevitable industry slowdown caused by the Covid-19 outbreak.

It’s hard to argue that coronavirus has been anything but horrific for anyone, but it’s certainly seen a surge in users for Netflix, so it&#8217;s this week’s big winner. On the less fortunate side of things, we saw lots more games jump ship from Nvidia’s innovative game streaming platform, GeForce Now.

We felt a little guilty slapping the ‘losers’ tag on Nvidia GeForce Now – it’s a platform that has impressed us since release and offers something genuinely valuable for gamers – but we don’t feel so bad dishing out the label to 5G conspiracy theorists, who resurfaced in this week’s headlines.

This week we reported that conspiracy theorists had vandalised 50 5G masts across the UK, seemingly in the belief that 5G can spread coronavirus. That’s obviously ridiculous, but it’s been deeply harmful too. Many of the masts that have been vandalised are crucial for emergency services personnel to communicate quickly and efficiently when responding to emergencies across the country.

In a letter to shareholders, Netflix said that over 64 million households had watched Tiger King in its opening four weeks. That puts the show on a pedestal with the hugely popular sci-fi drama Stranger Things, one of Netflix’s most successful series.

As well as producing one of lockdown’s most talked about cultural phenomena, the streaming service has also beaten its growth predictions. “Our membership growth has temporarily accelerated due to home confinement,” Netflix explained in its investor letter this week, and growth is almost an understatement.

Before lockdown, Netflix had predicted that it would gain seven million net new paid subscribers, but the platform bagged 15.7 million instead.

To top off that roaring success, Netflix CEO Reed Hastings made headlines for the right reasons this week, as he and his wife, Patty Quillin, donated $300m towards the development of a Covid-19 vaccine (via Variety).

First things first, it’s worth saying that we love what Nvidia is trying to do with GeForce Now. Offering gamers the chance to stream their Epic Games or Steam libraries, from the cloud, onto any device, wherever they are. That’s great. It avoids the pricey exclusive store that we’ve seen on streaming competitor, Google Stadia, and gives gamers real choice.