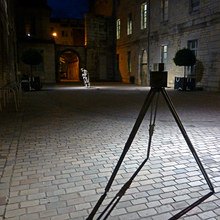 “In effect, [frequently forwarded messages] are less personal compared to typical messages sent on WhatsApp. We are now introducing a limit so that these messages can only be forwarded to one chat at a time,” WhatsApp wrote in a blog post this morning.

There have been numerous instances of misinformation spread via the platforms of WhatsApp and parent company Facebook having horrific consequences in the real world.

In November 2018, Facebook admitted that it “[wasn’t] doing enough to help prevent our platform from being used to foment division and incite offline violence” in Myanmar, where the company’s platforms had been used to spread fake news that helped fuel horrific violence against the country’s Rohingya Muslims. The campaign was described as “ethnic cleansing” by the United Nations.

In the UK at present, coronavirus and 5G are the themes of the day.

I myself have received several frequently forwarded WhatsApp messages from friends and family members over the past few weeks, the contents of which are false, but designed to increase panic.