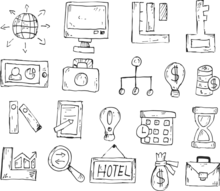 Feminist Frequency has analysed all of the titles shown off at E3 2019 and has found only a small percentage featured female leads.

The website reported a drop in female protagonists compared to previous years, falling a total of three percent year-on-year. Once again, the majority of AAA titles focus on white, male characters in the lead role.

Drawing from 126 titles shown across Microsoft, Bethesda, Ubisoft, Square Enix and a number of other publishers, it’s a bit of a damning figure we’d love to see change in the coming years.

However, once you dig into the nitty gritty, a more positive outlook can be seen when taking into account protagonists with gender options, with two thirds of games sporting the feature supporting both genders and additional options alongside that.

“Of the 126 games we tallied from the E3 events held by Microsoft, Nintendo, Bethesda, Ubisoft, Square Enix, and EA, as well as the annual PC Gaming Show, a paltry six centered exclusively female protagonists, while almost five times as many, 28, centred male characters,&#8221; Feminist Frequency reports.