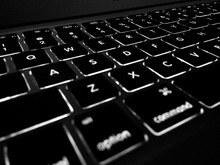 Google has announced its new Stadia gaming platform, heralding a dawning age of video games via streaming. Can it take down the titan of Nintendo?

“The future of gaming is not a box”, Google declared from the stage at E3. The future, the tech giant insists, is actually a cloud-based gaming platform — accessible from a multitude of devices including smartphones, laptops and tablets — that can run at a maximum of 4K quality at 60fps. All you&#8217;ll need to have is an internet connection and subscription.