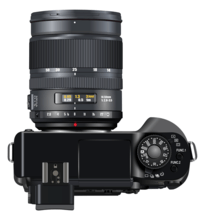 Did you think the football was over? Well, you were wrong. While the Women&#8217;s World Cup is taking place in France, over in South America the 46th edition of the Copa America is about to kick off. Brazil vs Bolivia is the opening match and Brazil will be desperate to win it on home turf and wrestle the trophy away from back-to-back champions Chile. Our quick guide reveals all you need to know, including full live stream details and the kick-off time.

The 46th edition of the Copa America will be the last to be held on an odd year, and with 12 teams. From 2020, the tournament will be held at the same time as the Euros, which is nice for those looking forward to hazy summers full of association football.

There are a number of stories going into the tournament. Can Brazil win the trophy without the talismanic Neymar? Can Messi lead Argentina to glory on Brazilian turf? What on earth are Japan and Qatar doing in a South American tournament (they were invited, so that clears that up).