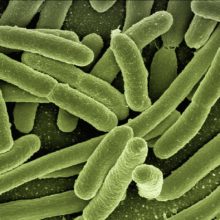 The LG G8 ThinQ could arrive with a new type of new rear-facing camera that is capable of taking three-dimensional images.

According to patents uncovered by Let&#8217;s Go Digital, say multiple sensors on the back of the smartphone will be combined with a laser sensor. That laser radiates light and uses the reflected light from the subject in order to record multiple frames that are combined into one 3D photo that can be viewed from multiple angles.