How to watch Netflix on TV: Your complete guide 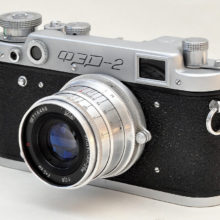 Streaming services have changed our lives, giving us the ability to watch shows and movies when it is convenient to us. And the king of them all is Netflix.

It not only carries 1,000s of great TV series and films from around the world, it makes its own. Often they are even exclusive to the platform, so you cannot see them anywhere else.

Successes like Narcos, Stranger Things, Star Trek: Discovery and many more can be found on Netflix.

Here then is our handy guide on how to watch Netflix, how much it costs and other tips and tricks you need to know. What is Netflix and how much does it cost?

Netflix is an online streaming service with 1,000s of TV shows and movies available to watch instantly. They are streamed over an internet connection to a wide variety of devices, including TVs, tablets, phones, games consoles and set-top-boxes. You can also watch Netflix films or programming on a computer.

It is a subscription service with one monthly fee. Depending on which subscription plan you opt for, you can watch Netflix on multiple devices at the same time. You can also opt to watch video in different quality settings, depending on your subscription: standard, high and 4K Ultra HD.

There are three different subscription plans:

Almost all shows and films are available in HD, many are now available in 4K Ultra HD too. They all come with HDR10 for most TVs or Dolby Vision (a different standard of HDR) for TVs that support it.

What broadband speed do I need for Netflix?

You will also need a broadband service that is capable to stream each of the different video qualities. Netflix uses adaptive bitstreaming to deliver its content, which changes the image quality depending on your broadband speed.

Netflix should work on broadband with a speed of 0.5Mbps. The service does recommend you have at least 1.5Mbps though.