The OnePlus 6T’s biggest problem will magically solve itself over time, company claims 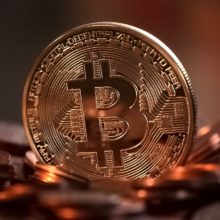 One of the OnePlus 6T’s headline features is Screen Unlock, its in-display fingerprint scanner. The Chinese firm kicked up an almighty fuss around it ahead of the phone’s launch, but cool as it is, we were slightly underwhelmed by it when we actually managed to get our hands on the 6T.

As we wrote in our review: “The feature sounds cool, but it isn’t perfect&#8230; The [OnePlus 6]’s rear-mounted solution was undoubtedly faster but it added seams to the design and it would seem that OnePlus considered that a problem, or simply antiquated. The new concealed optical sensor is definitely a touch less reliable than its predecessor, but it feels very cool to use.”

According to OnePlus, however, Screen Unlock should get faster and more reliable over time. The company published a blog post over the weekend, in which software engineer Yale Liu explains: