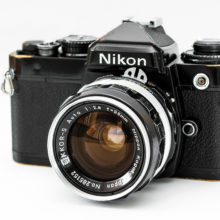 Qualcomm has announced Snapdragon 855 at its annual Tech Summit – the platform follows up the Snapdragon 845 as the corporation’s range-topping hardware that will be in many of 2019’s flagship phones.

Expect it to appear in 2019 devices from Sony, OnePlus, Nokia, Samsung, LG and many more.

For 4G smartphones, Qualcomm will probably provide its X24 4G modem, but manufacturers will be able to choose the previously-announced X50 modem&nbsp;for 5G phones.

With many UK and US networks already talking about 2019 5G rollout, it will be interesting to see which manufacturers actually introduce 5G versions of their handsets – don’t expect all flagships to go down this route.

For its part, Qualcomm’s Cristiano Amon says that within six months we’ll have at least some flagship handsets using 5G and he showcased a prototype device using 5G which had been set up especially in its Tech Summit venue.

We are expecting a 2019 5G handset from regular Qualcomm partner OnePlus thanks to comments made by the company, while Qualcomm has also said it will be powering a Samsung 5G smartphone (probably for the US to begin with) which we reckon we’ll get at Mobile World Congress in March. &nbsp;

The platform also has a new dedicated neural processing unit (NPU) for AI applications, while Qualcomm also talked up the prowess of 855 for low-light photography – expect a lot more focus in this area as they catch up with the Google Pixel’s Night Sight feature.&nbsp;