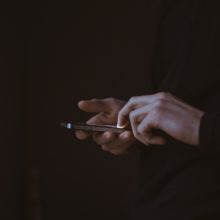 Apple has named its winners for its 2018 game of the year awards, with a strong showing for indie titles, with the big mobile awards going to Donut County and Gorogoa.

Ben Esposito&#8217;s indie puzzler Donut County was named iPhone Game of the Year, while puzzler Gorogoa won out for the iPad. Both are unusual indie curios, a notable choice in a year where mobile gaming was hit in a big way by the arrival of the battle royale genre, with PUBG Mobile and Fortnite both finding success on mobile platforms.