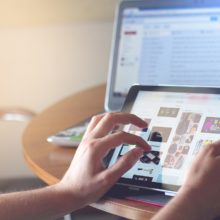 It’s looking increasingly likely that LG will launch its own flexible smartphone in the near future, and a freshly discovered patent suggests it could be a slicker device than Samsung’s upcoming Galaxy Flex.

The patent, which was first spotted by LetsGoDigital, shows off a folding smartphone that only features a single display. It covers the entirety of the inside of the device, but also wraps around the outside of the handset, so you can interact with it when the device is folded.

The graphics below do a much better job of explaining what we mean:

Snazzy, eh? According to the report, you’ll be able to use the device when it’s folded, fully unfolded, and partly unfolded.

The Galaxy Flex, on the other hand, will likely feature two separate displays − a small, flat one on the outside and a large, flexible one on the inside.