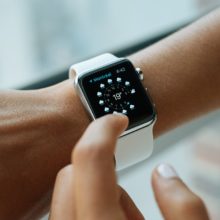 Pocket-lint has spotted that IKEA&#8217;s Tradfri smart plug is finally available to buy through the IKEA website in both the US and UK.&nbsp;