Alien: Blackout could be set for a reveal at The Game Awards this December 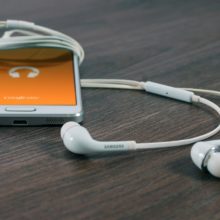 Set in the iconic science-fiction universe, Alien: Blackout will seemingly be a shooter developed by Cold Iron Studios for PS4, Xbox One and PC. Nothing is confirmed thus far, though.

Geoff Keighley, the host and organiser of the yearly awards show, tweeted the below image earlier this month. It features the phrase “Worlds Will Change” in a font similar to Alien’s Weyland Yutani corporation.