Huawei’s mythical folding phone could land sooner than you think 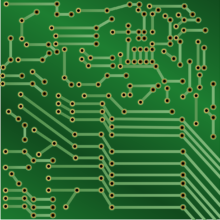 We’ve already known for some time that Huawei was planning to launch a foldable device, but it now appears that the Chinese giant might even beat Samsung to the punch.

According to ETNews (via PhoneArena), Huawei’s − as yet nameless − folding smartphone-cum-tablet will be officially announced at MWC in Barcelona next February. It could reportedly then be released in either March or April.

However, Huawei has reportedly presented the handset to South Korean mobile carriers, and there’s a chance the device could initially only be available in South Korea.

That&#8217;s earlier than we expected. Back in September, Huawei announced that it was working on a folding smartphone, and promised that it would be unveiled within 12 months.

The Samsung Galaxy F folding phone, meanwhile, is believed to be set for a March unveiling. Recent rumours have claimed that the South Korean firm will focus solely on the Samsung Galaxy S10 at MWC.

According to the ETNews report, Huawei’s folding smartphone will support 5G, feature two screens, and fold like a book. Sound familiar? That’s exactly what we’re expecting to see from Samsung too.

However, it appears that Huawei is opting to use larger displays than its rival. Huawei’s folding device will reportedly feature a 5-inch outer display and an 8-inch folding display.

For context, Samsung’s is believed to have one 4.6-inch screen and one 7.3-inch screen.

“Why are you still using a computer? Probably because you find a smartphone display too small. We will change that. It is conceivable that you could fold out a display,” Huawei CEO Richard Yu said in an interview in September.

“We are already working on it. You will not even have to wait another year.”

Are you already aboard the folding smartphones bandwagon, or do you need a lot more convincing yet? Share your thoughts with us on Twitter @TrustedReviews.