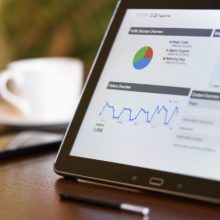 Ready to watch an expensive gadget get sent to an early grave? You’ve come to the right place. If you’ve been thinking of buying one of Apple’s shiny new iPad Pro (2018) tablets for Christmas, you might want to watch the following video first.

YouTube channel JerryRigEverything has posted a clip that shows the slate bending − and bending rather spectacularly − under not very much pressure. It’s a thrilling, but also fairly painful, watch.

The moral of the story? Don’t try to break your new toys, because you might just succeed.

On a more serious note, this clearly isn’t a normal use case. Few users are going to deliberately try to break a new device in two pieces, especially if it costs up to £1869 (for the 1TB 12.9-inch LTE model). £1988 if you buy an Apple Pencil 2 to go alongside it.

While there have been isolated reports from users about very slight bending issues, the new iPad Pro is highly unlikely to just snap in half during everyday use. And if you&#8217;re really concerned, you can always purchase an iPad Pro case.

However, the clip has raised questions over whether or not Apple went too far in trying to make the latest iPad Pro as svelte as possible.

The tablet measures in at an astonishing 5.9mm thick. The previous generation iPad Pro was already super slim, at 6.1mm thick − was it really necessary to shave off even more millimetres?

For comparison, the recently released Samsung Galaxy Tab S4 measures in at 7.1mm thick. It picked up the Trusted Reviews best tablet of the year award for 2018.

Are you an iPad Pro user? Are you concerned by the new video? Share your thoughts with us on Twitter @TrustedReviews.