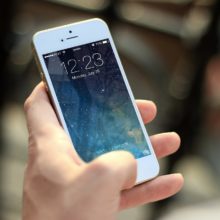 The EE Pocket-lint Gadget Awards are upon us again and we&#8217;re proud to announce the best gadgets and games of the last 12 months.