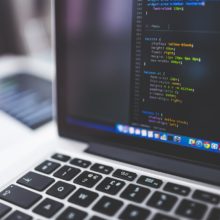 Google has confirmed what many people have suspected for some time: you can extend your phone’s battery life by enabling Dark Mode.

If you’re not familiar with Dark Mode − also frequently called ‘night mode’ or ‘dark theme’ − it tends to flip the switch on the default colour scheme, swapping bright white user interfaces out for dark backgrounds, making apps and websites a little kinder on your eyes when viewing at night, or for long periods of time.

Google held its 2018 Android Dev Summit last week (via ZDNet), where it said tests had revealed that using Maps in Dark Mode can cut the power usage of the Google Pixel 3’s AMOLED display by a staggering 63%. However, doing the same with the iPhone 7 − which features an LCD display − had no effect on power usage.

Why? LCD screens use a backlight to illuminate their pixels, while OLED’s pixels actually produce their own light. Therefore, while an OLED screen can go completely black, LCD screens can&#8217;t.

Similarly, power consumption drops enormously on the Pixel 3 when you switch to Dark Mode on YouTube.

The company has been looking into the impact of different colours on battery life too.