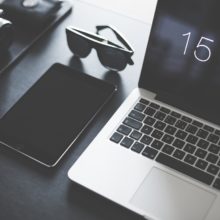 So you have a TV – or better yet a 4K set – and it’s connected to various sources and audio devices via HDMI cables. But there’s a new HDMI cable on the way called HDMI 2.1 and it brings with it a number of enticing features. What is it, when is it coming and do you need it?

HDMI stands for High-Definition Multimedia Interface. It&#8217;s a cable that transmits video data from a source to a TV, computer, projector or audio device. Development began in 2002 and the cable went on sale around 2003, replacing the scart lead as television manufacturers and content producers moved from analogue to digital.

Physically, the cable has remained the same since its inception, with its distinctive gold-plated connector. However, the HDMI specification has undergone several updates since 2003 as the technology around TVs has grown and expanded.

Related: HDMI ARC – What is it and why do I need it?

The most recent HDMI specification was 2.0, which included metadata for HDR and HLG, along with lossless audio codecs. The 2.1 specification brings it up to speed (quite literally) to the current state of home cinema, as well as casting an eye towards the future.