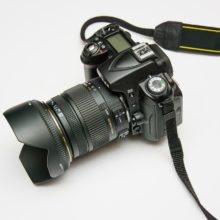 When the six-second video looping app Vine arrived on the scene in 2013, many lamented the app as a sign of our ever diminishing attention spans. However, when it went away in 2016, everyone kind of missed it. It turned out you could be pretty creative and sometimes downright hilarious in six seconds.

So fans of the formerly Twitter-owned app will be glad to now it&#8217;s officially returning under a new name – Byte. After teasing the relaunch last year, Vine co-founder Dom Hoffman has confirmed the comeback is set for Spring 2019.