Apple’s Beats 1 radio station could be coming to an FM dial near you, report 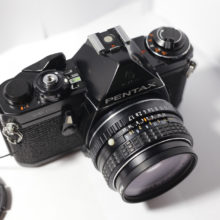 When Apple launched the Beats 1 radio station in 2015, it arrived as the first-ever streaming-only 24-hour radio station. More than three years in, the company may be seeking to infiltrate more traditional airwaves.

According to a Financial Times report, Apple is in early-stage talks with the troubled US radio giant iHeartMedia over a potential investment or partnership.

The report says the tie-in could see Apple expand Beats 1 beyond streaming and into traditional broadcasting. This would reportedly help the company attract older audiences, while improving awareness among folks who still listen to FM/AM/XM radio in their cars and kitchens. iHeartMedia could facilitate the move, thanks to its ownership of 850 stations across the United States.