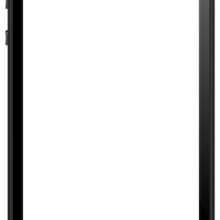 Sonos has delayed the rollout of Google Assistant to Sonos One speakers, with full consumer support pushed back to 2019.

A private beta will open in a few weeks, after stringent screening of applicants, that will add Google Assistant voice control to Sonos One speakers owned by those successfully chosen.

It will help Sonos stress test the feature and will, eventually, benefit the final release.

To apply, not only do you have to sign up here, but commit to listening to music and other audio for at least 14 hours per week during the beta period. In addition, you have to use voice commands at least 10 times per day. And you have to respond to all surveys sent to you from Sonos within 72 hours of receipt.

Sonos has also changed its rules on its general beta program in recent times. As it is a publicly traded company its beta testers must now agree not to share their opinions of new features released as part of the beta builds.

That&#8217;s because any information talked about or released to the public on websites or social media can be viewed as insider trading and is therefore in breach of stringent laws.