BlackBerry Key2 LE review: Productivity and performance without the price 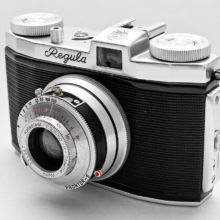 Since TCL took over making BlackBerry-branded handsets under the BlackBerry Mobile brand, the company has worked hard to build devices to tempt back those who were once BlackBerry fans. There are still some out there who want a physical keyboard to type on, and building phones that they will like is the aim, along with the focus on keeping enterprise users satisfied.&nbsp;