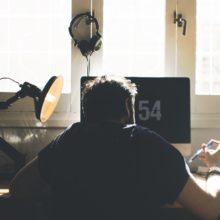 Microsoft’s attempts to get Windows 10 users to choose Edge over Chrome and Firefox are about to get even more annoying.

The firm is adding a new feature to the software called ‘App Suggestions’, which makes a popup appear whenever you try to install a third-party web browser.

“You already have Microsoft Edge − the safer, faster browser for Windows 10,” the popup reads. Below that line are two options: ‘Open Microsoft Edge’, and ‘Install Anyway’.

The feature will be switched on by default when the Windows 10 October 2018 update lands, Windows Central reports, but you’ll be able to disable it by diving into the Settings menu.

Still though, it’s a really irritating bit of functionality, and in all likelihood it will further alienate Windows users and make them even less likely to warm to Edge.

Microsoft is clearly desperate to give its own web browser a much-needed leg-up. In the past, it’s tried to do this by overriding users’ browser preferences and by preventing links clicked inside the Windows Mail app from opening on anything other than Edge.