There’s a way to get Call of Duty: Black Ops 4 free on PS4, but you’re probably not gonna like it. 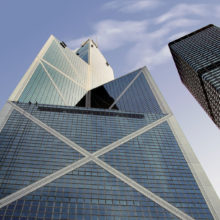 Given the stiff competition,Sony Xperia smartphones have been a tough sell in recent years, but the company is offering a dangling a pretty significant carrot for those seriously pondering a Sony Xperia XZ3 purchase.

If you pre-order the new handset between August 31 and the October 5 release date you&#8217;ll get a free digital download code for Call of Duty: Black Ops 4 on PlayStation 4.

The offer applies to European gamers in United Kingdom, France, Germany, Italy, Spain, Sweden, Poland, Romania, Hungary, Croatia, and Bulgaria. After ordering the Xperia XZ3, eligible buyers will have to jump through a few hoops in order obtain the download code for the game, which arrives on October 12.