No Google Pixel Watch this year after all 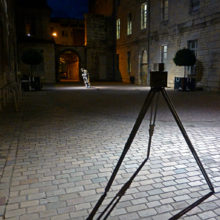 There has been a lot of speculation in recent months that Google will announce its own-branded Wear OS smartwatch during its October Pixel 3 launch event. However, that is now not likely.

Latest reports suggest the Pixel Watch (or Pixel Time, as some have taken to call it) is not coming this year. Google clearly plans to bring its own device to market in the future but isn&#8217;t yet ready.

It will continue to concentrate on spreading the Wear OS love with third-party manufacturers for the time being.