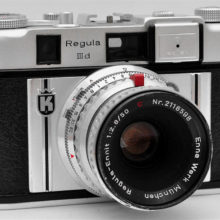 If you loved the P20 series from Huawei, including the gorgeous P20 Pro, you&#8217;ll be glad to know the company is planning a successor.