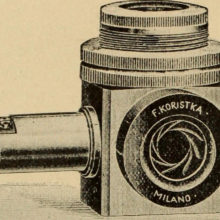 AptX Adaptive is a brand new version of Qualcomm’s existing Bluetooth AptX standard that the company hopes will one day unify all its audio technologies.

From AptX HD to AptX Low latency and just regular old AptX, Qualcomm now offers a lot of different Bluetooth audio standards to choose from if you want to connect a pair of wireless headphones to a phone.

Having multiple standards is necessary when each of them fulfils a very different purpose. AptX HD is the version that offers the highest possible music quality, while AptX low-latency focusses on offering (you guessed it) a low latency of below 40ms. Standard AptX, which transmits less data than AptX, works better when there’s lots of radio interference around.

So each standard has a reason to exist, but the problem is that we use our phones for many different things throughout the course of the day. Maybe you’re listening to music in the office when you want the best possible audio quality, but when you’re playing a game or two on the bus home you’re likely to care far more about latency.

Related: What is aptX and aptX HD?

One standard to rule them all

Qualcomm’s solution to this problem is AptX Adaptive. For now, the company has conservative ambitions for the standard. It&#8217;s replacing AptX Low Latency for now, but AptX’s director, Jonny McClinktock, confirmed to Trusted Reviews that the hope is for it to one day be able to unify the whole lineup under a single standard.