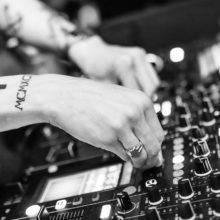 Google has quietly revealed a significant Wear OS revamp ahead of the expected launch of new Android-based smartwatches from third-party manufacturers at IFA 2018.

The update, which will also roll out to many newer Wear OS watches during the next month, overhauls the user interface and significantly cleans up the experience. There are new watchfaces showing a feed of contextual information from the Google Assistant, information-dense notifications and also a face dedicated to the recently-revamped Google Fit app.

Building on the changes made in Wear OS 2.0, the biggest change to the UI appears to be the addition of rich information screens that can be accessed by swiping up, down left and right. Users can just swipe up to see their notification stream, much in the same way Android phone users swipe down. A quick tap on a notification will launch smart reply options.

Swiping down surfaces a shortcuts to a number of key settings like Airplane Mode, Google Pay, Find My Phone and information about battery life, Bluetooth connections and alarms.