Apple Watch 4: Everything we know about Apple’s next wearable 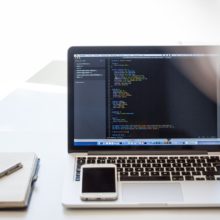 Get your wrists ready because the Apple Watch 4 (or Apple Watch Series 4 if you’d rather use the company’s official vernacular) is supposedly right around the corner. There are already plenty of rumours, leaks and hypotheses that hold key tidbits into the wearable’s launch date and what it’ll bring to the table.

The Apple Watch has evolved to incorporate some powerful new features over the years, with the likes of integrated GPS and swim tracking being among them, but the Watch’s overall design has remained practically unchanged since its original incarnation first launched back in 2015.

This year it looks as though we’ll finally see a cosmetic difference or two. For starters, the 326dpi OLED displays that appears on both the 38mm and 42mm versions of the Watch will be taking a leaf out of the iPhone X’s book and move closer to the edge of the watch’s front, meaning slimmer bezels all round.

According to a feature posted on Bloomberg back in May, 2018’s watches will sport similar dimensions to previous iterations but feature edge-to-edge displays that are 15% larger than the screens that feature on Series 3. We’ve not seen any leaked specs relating to these new panels but we’re also hoping for rounded corners &#8211; again like the iPhone X. What this does imply, however, is that the Apple Watch won’t be going circular any time soon, something Samsung will no doubt lord over it when the Samsung Galaxy Watch hits stores. The Apple Watch Series 4 will feature a similar design to its predecessor but play host to a larger, near bezel-free display

Another significant change that would bring the Apple Watch more in line with the company’s smartphones is rumoured to move to solid-state buttons. As per an article from Fast Company, Apple will leave the button configuration on the Apple Watch 4 unchanged from its predecessors, with a rotating digital crown positioned above a pill-shaped side button, but neither will physically press down, instead responding to touch and pressure from the user with feedback driven by the watch’s Taptic Engine.