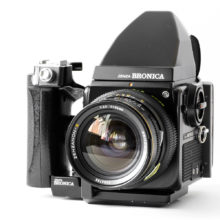 Android tablets aren’t half as common as phones, with the Samsung Galaxy Tab S4 launch earlier this month proving something of a rarity. Lenovo has now sought to outdo Samsung with five new Android tablets – although none of them is on the same playing field in terms of specifications.

All five are only confirmed for release in the US so far, and only some of them have confirmed pricing. With those caveats out of the way, let’s dive in.

The cheapest comes in at a very wallet-friendly $69.99 (~£55), though naturally, the price is entirely thanks to less powerful innards. The Lenovo Tab E7 is a 7-inch tablet packing a Qualcomm Snapdragon 210 processor, 1GB of RAM and 16GB of storage that can be expanded via microSD. You can’t expect too much performance with those specifications, but as it runs Android Go (Oreo version) it should be solid enough for light browsing and streaming.

Things get slightly more ambitious with the higher-end models: the Tab M10 and the Tab P10. The M10 features the Snapdragon 450 chipset, 3GB of RAM and 32GB of internal storage. The 10.1-inch screen is full HD, and it has a 5-megapixel rear camera for people who inexplicably use tablets for photography, and it also packs a 4850mAh battery.

The Tab P10 is a modest advance on this. It features the same Snapdragon 450 processor, 4GB of RAM, 64GB of storage and an 8-megapixel snapper. The real advantage is the whopping 7000mAh battery and four front-facing Dolby Atmos speakers, which should combine to make it a dependable companion for extended Netflix binges.

Availability is all over the place. The E8 is available to order now, while the E7 and E10 will follow in October. The M10 and P10 will be available for pre-order before the end of the year, which I guess could mean any moment up to midnight on New Year’s Eve.

Tempted by Lenovo’s new tablets? Let us know your thoughts on Twitter @TrustedReviews.