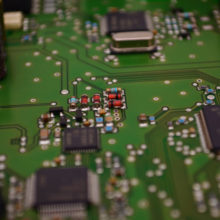 As far as the officially licensed annual game is concerned, Formula One fans have never had it so good. After nine years of making F1 games, Codemasters has managed to iron out the kinks in a notoriously tricky process – in which new tracks must be added (the returning Paul Ricard and Hockenheim for 2018), every virtual advertising hoarding must be approved by F1&#8217;s myriad partners, and so on.