PUBG 1.0 will hit Xbox One in September with its own controller 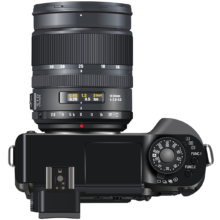 PUBG Corporation and Microsoft have&nbsp;announced the 1.0 version of PlayerUnknown’s Battlegrounds will arrive on 4 September for Xbox One.

Keep in mind the battle royale shooter technically hit the console nine months ago through the Xbox Game Preview program. Now, while&nbsp;at Gamescom 2018, Microsoft has confirmed that the battle royale game has progressed from early-access beta to a final release. The 1.0 launch will bring a smaller Sanhok map, War Mode, new weapons, and more.&nbsp;

But that&#8217;s not all:&nbsp;Microsoft is also announcing a&nbsp;PUBG&nbsp;limited edition Xbox One controller that features new trigger grips and a camo design. It’ll also come with a matching&nbsp;PUBG&nbsp;DLC. The controller, which is available to pre-order now, will launch on 30 October for $69.99.

If you’ve been playing the preview version of PUBG on Xbox One, the 1.0 version will transfer over your achievements. You can also purchase in-game currency to spend on cosmetic items and the new Event Pass.&nbsp;