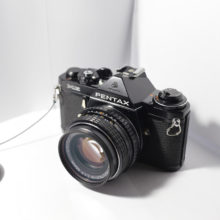 Blizzard Entertainment has announced that Diablo 3 is coming to Nintendo Switch with the aptly named ‘Eternal Collection.’

Originally released for PC and Mac back in 2012, Diablo 3 and all of its downloadable expansion content also made their way to PS4 and Xbox One with a pair of silky smooth ports.

Now, Blizzard’s highly addictive loot-driven RPG can soon be played wherever you want thanks to Nintendo’s hybrid console.

Having been teased by Blizzard itself back in March 2018, many fans thought the appearance of Diablo 3 on Switch was impossible after the tease was confirmed to be coincidental. Turns out it wasn’t&#8230;

Nintendo Switch players will gain access to the definitive Diablo 3 experience with the Eternal Collection. This includes all expansions, characters and classes in a single package.