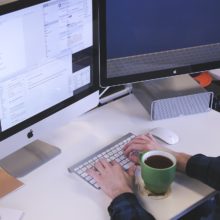 For most people, pre-installed phone software is a minor annoyance rather than a risk. It can be a lot more damaging than that though, and researchers from Kryptowire say they&#8217;ve have found 25 Android devices that come with vulnerabilities pre-installed.

Presenting their findings at the DEFCON hacker conference last week, the researchers revealed a surprising 38 different weaknesses right out of the box for phones from major manufacturers including Sony, LG, Essential, Asus and ZTE.