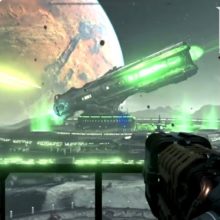 Can’t wait to play DOOM Eternal, it’s looking amazing in every way … to me, but what do you think of the new movement systems?

I’m sure everyone will love all the demons and weapons, but that movement is pretty far from what we’d expect, especially considering all we had was double jump in the previous (multiplayer had the side boosters). I think it’s going to work really well and add whole new layers of fun.

Either way, going to be super hyped until its release. And it’s been said the multiplayer will be developed by id Software this time. Could it steal me from Quake? It’s possible. Not sure I can trade my strafe and rocket jumping to double taps and grapple… although grapple is very tempting. The grapple monkey in me wants to get out.

So in short, DOOM ETERNAL!

Here are the links as promised to a fellow Australian streamer, TheSpudHunter (at QuakeCon this year, will stream when he’s back).

And my links (Rocket Jump Ninja):

And also if you’re from Australia, shout out to MWAVE for being awesome, definitely worth a look if you’re buying computer gear, including gaming mice: