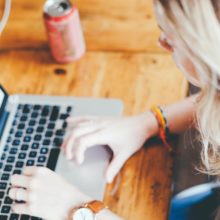 While the smartwatch revolution seems to have stumbled, fitness and sports devices have grown and adapted. In many ways companies like Garmin have surpassed the smartwatch generation by focusing on features that add value, rather than adding distraction.

Take the Garmin 645 Music: it introduces music to the Garmin family, along with mobile payments, smartphone notifications and customisations, sitting on a platform that not only tracks your activity, but excels in delivering your stats. It&#8217;s as smart as any smartwatch, and then some.

A compact design for universal appeal