Fallout 76 won’t be available on Steam at launch, Bethesda confirms 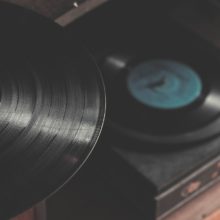 Bethesda Softworks has announced that Fallout 76 will be available exclusively through its own website upon its initial release.

Following in the footsteps of Activision with the release of Destiny 2 and Call of Duty: Black Ops 4, it seems the publisher is opting to use its own launcher instead of a third party.

The official website and further confirmation by Bethesda itself has solidified the fact that the upcoming multiplayer RPG will not be launching on Steam, instead being available on its own launcher.

Our assumption is that Bethesda is hoping to supersede the 30% cut taken by Valve’s digital storefront with each purchase of a product.

Bethesda has also confirmed some details regarding the Fallout 76 B.E.T.A, which is set to begin in October for all who pre-ordered the game.

Most importantly, it has confirmed that all progress made in the upcoming beta period can be carried over to the full experience, which presumably includes player level and gear.

The wording of Bethesda’s announcement doesn’t seem to rule out a Steam release entirely, but it’s been made clear that the only place to purchase Fallout 76 come November 14 is through Bethesda itself.

Were you hoping for a Steam release of Fallout 76? Let us know on Facebook and Twitter @trustedreviews.