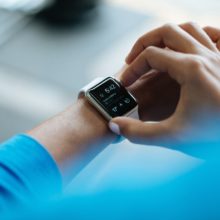 Fitbit has focused its more recent launches on fitness smartwatches rather than fitness trackers, with the Fitbit Ionic announced in late August 2017 and Fitbit Versa in March 2018.

Leaks suggest the company might be about to update its popular Charge 2 fitness tracker though. Here is everything we&#8217;ve heard so far on the Fitbit Charge 3.