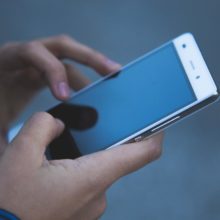 Until now the Google Assistant has only responded to the ‘OK Google’ voice command, but that changes with the update, which also includes the June 2018 security patch.

The ‘Hey Google’ hotword was brought to Android phones at the end of 2017, but Galaxy S9 owners are only now reaping the benefit (via SamMobile).

While the Google Assistant change isn’t hugely significant, it will assist those who’re accustomed to using the ‘Hey Google’ command on other devices like the Google Home speaker. It’s also a little more natural than the ‘OK’ command.

Galaxy S9 users will see it as firmware update G960FXXU1BRF8, while those with the larger S9+ will see the update as G965FXXU1BRF8 when updating their handsets. The update is 306.67MB in size.

Once the update is installed, S9 users will need to go through the process of setting up voice commands in the Google app again.

You’ll need to open the Google app, explore the more options menu and then hit Settings. From there you’ll see the options to hit Voice and then Voice Match. From here you’ll need to repeat the ‘OK…’ and ‘Hey Google’ commands in order to get set up.

Once that process is complete you wake the Google app using whichever variant you wish. There’s no sign of Google adding more wake words yet, despite this humorous ad starring NBA Finals MVP Kevin Durant, which is currently airing in the United States.

The firm is adding more voices to the Assistant, promising John Legend among them. The singer’s contributions were announced at Google I/O in May, but are yet to roll out to Google’s userbase.

Are you an ‘OK Google’ kinda person? Or do you like to say ‘Hey Google’? Would you like to see Google add more wake words? Let us know @TrustedReviews on Twitter.

The post Using Google Assistant on the Galaxy S9 gets a little less formal appeared first on Trusted Reviews.