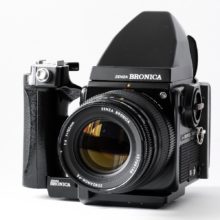 The legendary composer behind the original Halo trilogy could be returning to work on Halo Infinite, if recent social media rumblings are any indication.

O’ Donnell recently posted an image on Twitter featuring himself, Jen Taylor and Joseph Staten. All three of these individuals have a lot of history with the Halo franchise.

Jen Taylor portrays Cortana, the artificial intelligence programme who has accompanied Master Chief through the majority of his adventures. She’s also set to play a major role in Halo 6, or Infinite, as it might turn out to be.

Staten had a hand in writing Halo 1, 2, 3 and Reach, so his influence in the series is nothing to be sniffed at. But could he be returning to the sci-fi universe?

O’Donnell confirmed after the above tweet was posted that the meeting was not incidental, and they sadly just missed Steve Downes, otherwise known as the voice behind Master Chief.

All of this points to Martin O’Donnell having some form of involvement with Halo Infinite, whether it be composing or some other form of work.

He was previously featured in Activision’s Destiny but subsequently fell out with the company over his music’s use in the blockbuster shooter.

Little else is known about Halo Infinite beyond the reveal trailer seen at Microsoft’s E3 2018 press conference, although it definitely hints at an ambitious future for the series.