Nokia 9 back on track for possible late summer 2018 release 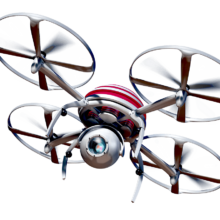 HMD is supposedly working on a “Nokia 9” phone.&nbsp;