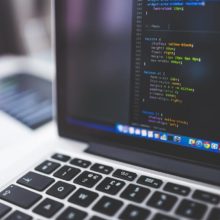 Released without much fanfare on the Mexican Google Play Store, Instagram lite is a new app used to access the social media platform that’s designed for emerging markets, where slower internet speeds tend to make data-heavy apps a difficult proposition.

The release was confirmed by TechCrunch, which received confirmation from the company that the new app has initially rolled out in Mexico, and is expected to come to other emerging markets over the coming months.

In its attempt to use as little data as possible, there have been a number of sacrifices made. You can’t, for example, send or receive direct messages. Nor can you post videos. It’s unclear at this point whether the company is waiting to find a low-data way of integrating these features into the app or whether they’re simply not going to be available in this app.

So far, Instagram seems to have done a good job at slimming down the data requirements of the new app, which weighs in at just 573 kilobytes. That’s less than 0.5% of the 141 MB iOS app.

Instagram’s owner, Facebook, has already made a habit of producing ‘lite’ versions of its apps designed for emerging markets. We’ve so far seen both Messenger Lite and Facebook Lite released to offer those services to low-data users on low-power devices.

That leaves just WhatsApp amongst Facebook’s portfolio as the only app that’s yet to receive a ‘Lite’ version, but considering the data usage of the app is already very reasonable it’s more difficult to see how a ‘Lite’ version could make it much better.

After other lite apps eventually made their way to developed markets like the UK, we wouldn’t be surprised if the same eventually happened to Instagram Lite, although it’s unlikely to be a priority in the immediate future.

Have you tried out the Lite versions of Facebook’s apps? Were the sacrifices worth the reduced data usage? Let us know @TrustedReviews

The post Instagram Lite is here to bring the social media giant to the emerging world appeared first on Trusted Reviews.