Uber will return to London after winning appeal over TfL ban 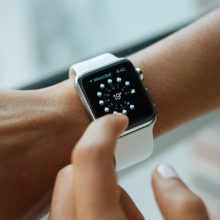 Uber has been granted permission to return to London under the terms of a 15-month probationary license.

The disruptive ride-sharing service was lost its license to operate in the capital last September after Transport for London decided it was not “fit and proper” to run a private hire service.

Now, following an extensive audit, a two-day hearing at Westminster magistrates court resulted in victory for the Silicon Valley giant. Uber had sought a five year license, but has to settle for 15-months initially.

The victory comes down to Uber’s ability to convince the court it has changed the culture which caused the license to be revoked in the first place.

During the hearing Uber said it “fully accepts that (TfL’s) decision was justified” primarily due to concerns over the lack of background checks on drivers and failure to report assaults to police, but had “since acknowledged and apologised for their past mistakes and made far-reaching changes to address them.”

During the hearing, the company said it has “changed its senior leadership; strengthened its governance arrangements; clarified and secured its relations with other companies in the Uber group; updated and improved its policies in a wide range of areas; and is taking steps to transform its corporate culture”.

Unsurprisingly the Licensed Taxi Drivers Association is unhappy with the verdict, claiming the justice system has failed Londoners, despite the 3.9m customers Uber had in the capital.

TDLA general secretary said (via Independent): “Uber’s blatant disregard for TfL’s regulations and public safety was laid before the court. When TfL’s lawyers grilled Uber on its handling of the 2016 data breach and its shocking failure to report sexual assaults to the police, Uber just blamed its tainted past on its former leadership.”

The Independent Workers Union said Uber still needs to do more to obey UK employment law, but said the decision would come as a relief to Uber drivers in London.

Do you welcome the decision? Or do you worry about the livelihood of cabbies following Uber’s return to the capital? Share your views with us about @TrustedReviews on Twitter.

The post Uber will return to London after winning appeal over TfL ban appeared first on Trusted Reviews.